What makes Tokyo udon or Osaka soba taste so good? 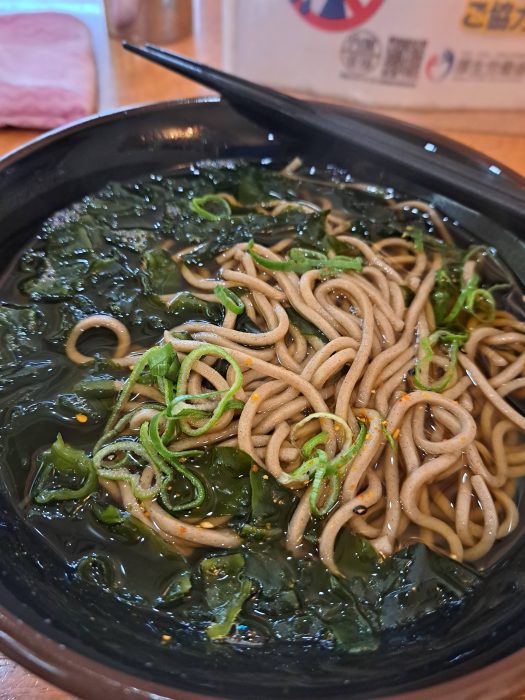 Everyone knows ramen as the star noodle soup dish of Japan, but on the lighter side of things you will find a nice bowl of udon or soba. While the noodles themselves are generally similar regardless of where you are in Japan, the broth is a different story. Read on to find out what makes Tokyo udon or Osaka soba taste so delicious. Whether you like it milder or more intense, or with thicker or thinner noodles, we’ve got something for you!

What’s in a noodle?

Before we get to the soup discussion, let’s cover the two types of noodles. The key difference betwee soba and udon is their base ingredient. Udon is made from white flour, and soba is made from buckwheat. Soba noodles are thicker, but actually not as chewy as udon noodles. Buckwheat lends soba noodle a nuttier flavor as well. Most every noodle shop across Japan will offer you a choice between udon or soba. However, we sometimes speak of Tokyo udon or Osaka soba because udon tends to be more popular in Tokyo, while soba tends to be more popular in Osaka.

There is no correct noodle and soup base match. There are also no rules as to which toppings you are allowed to order based on which noodles you get. Regardless of the noodle, the most popular topping choices are kakiage (basically a tempura disc of tiny shrimp and vegetables), wakame (seaweed), egg, shrimp/prawns, and fried tofu skin. Some shops get even more creative.

What’s in that broth?

Owing to the Tokyo udon or Osaka soba conundrum, we are sticking with soba in a Tokyo style broth in the above picture. First, notice the deep color. The Osaka style in a considerably lighter color, and this is for good reason. Tokyo broth is made primarily from katsuo bushi and darker soy sauce. Katsuo bushi is razor thin shavings of dried (rather, smoked) bonito fish filet. Katsuo bushi is the welcome wagon for umamitown. As for the soy sauce, it is just more soy-intensive than the Osaka type. As a matter of course, this means more salt.

Making katsuo bushi tends to be very complicated, but it’s worth it. The fish shavings impart a depth of flavor that is truly amazing – and that’s usually only from having them in the water for a couple of minutes. The green onions (or scallions, as you please) are not necessarily a standard part of the broth. However, they sure do make for a nice addition.

We’ve got a few Tokyo tours that could easily accomodate a visit to a noodle shop, should you please. Do check us out, and if you don’t seem something that’s a fit out of the box, let us know and we’ll customize something up for you.

Osaka’s broth brings other flavors to the show

Admittedly, the large piece of fried tofu skin does create a broth viewing obstruction, but nevertheless, this is a very Osaka style bowl of soba. Back to our Tokyo udon or Osaka soba theme, and you see that this much clearer broth has soba noodles. The noodles can vary across shades of brown and gray, and are sometimes a bit speckled. The higher quality ones have a better toothiness to them and a more prominent, somewhat earthy flavor. Again, this is where a bit of the “nuttiness” can come in.

The ingredients that make western Japan’s soup base different

Osaka’s broth uses konbu instead of katsuo bushi, and a lighter soy sauce that its Tokyo counterpart. Konbu is dried sea kelp, and like bonito, you can get a lot of flavor out of it. Prices for konbu can go from budget to eye-popping, with some regions and brands commanding very lofty prices. Most Japanese cooks would never cook konbu, but rather soak it in room temperature water for a while, remove in, then bring the water to a boil. Letting the konbu soak for hours is not uncommon.

Using a lighter soy sauce is something that makes sense for this part of Japan. Generally speaking, the salting and pickling of food items in western Japan (Kyoto, Osaka, Nara, Hiroshima and Fukuoka being the most famous cities to visitors in this region) is less intense than in the east (greater Tokyo and all points north, plus some in other directions too). As for why it’s Osaka soba or Tokyo udon, that seems to come down to regional preferences started long ago. Hisotrically, soba was thought of as the more desirably and healthy noodle, but those rules seems to have evolved and been relaxed.

We at Pinpoint Traveler especially love the food in western Japan, and we’ve got three distinct tours (Osaka, Kyoto, and Hiroshima) to celebrate it properly. Just let us know when you book, and we can be sure to squeeze in an indicative noodle stop.

And these soup options come in cold style as well?

Sure, many people feel that hot liquids cool you off when it’s hot out. Yet, many people do not believe this. If you are one of the latter, behold the reimen (pronounced “ray men”). Shown above in western Japan lighter soup broth glory, reimen comes to you chilled but not crazy cold. We may be partial, but please consider eschewing the obon for the taste and texture of the soba in this situation.

No matter how you slurp it, Japanese noodles hit the spot

There is no shame in preferring one soup base style over the other. Your author of this blog lives in Osaka, but prefers the Tokyo style. It’s not an easy life having that preference in Osaka. Add to that my tendency to get soba with the Tokyo style soup base. So much for “Tokyo udon or Osaka soba.” But it’s ok! We can all live our lives the way we want to, at least to a degree. I’ll have it just a bit cooler in the summer, please.