Is Three Nights Enough to Get a Feel for Kyoto? 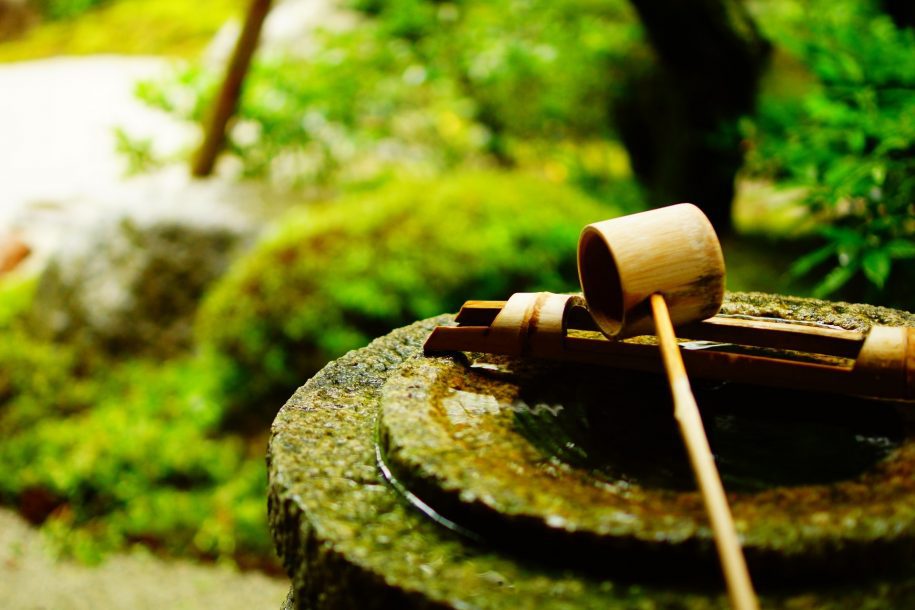 It’s your first trip to Japan, and you’re debating how much time to allow for Kyoto. Tokyo is a priority, as it should be. Where as Tokyo is mostly modern and international, Kyoto is ancient and historic. How interested are you in the old versus the new? With that in mind, let’s take a look at weather three nights is enough to get a feel for Kyoto for you.

Kyoto is about two hours and fifteen minutes from Tokyo on the fastest Shinkansen (bullet train). Call it two hours and forty-five minutes on the train you’ll have to use if you’re doing the Rail Pass thing. Considering connections on either end, you’re going to lose half a day getting between the two cities. As a result, for the sake of this article, we’ll assume three nights in Kyoto means two full days and two half days. So, three days is what we have to work with.

Spring regales with nascent new beginnings and fresh greenery. Fall, as pictured above, is warm and lovely with it’s reds, yellows, and oranges. Winter’s solitude is inescapable, but the crowds have very much been escaped. Summer is teeming with life, but also hot as the not so good afterlife. You’ll be doing a lot of sweating. But everyone’s got their preference, and if you don’t mind the heat, why not come in summer? Most visitors prefer spring and fall. This means the busiest times in Kyoto will be April and November.

Because central Kyoto is surrounded by mountains on three sides and is not particularly near the coast, the winters are colder and the summers are hotter. Be prepared for more snow in winter than you’d find in Tokyo, but not so much that it is an impediment to getting around. Speaking of getting around, most of your movement in Kyoto will be by city bus or on foot. There are a couple of subway lines in the city, but there are not particularly useful for most visitors. The long distance train lines are also generally not very handy for sightseeing within Kyoto. This means that, compared to big cities like Tokyo or Osaka, you’ll need to allow more time for getting around.

Temples and their Gardens

Kyoto’s most outstanding sights are, with a few exceptions, the temples, shrines, and gardens. Temples are Buddhist affairs, and shrines are Shinto. Even with just three days to get a feel for Kyoto, your main focus will probably (and rightly) be these historic sights. Kinkakuji (pictured above), also known as The Golden Pavilion, is a top spot. Kiyomizudera and Fushimi Inari round out the top three in most visitors’ eyes. Kinkakuji and Fushimi Inari feature lovely structures surrounded by beautiful and bountiful natural surroundings. Kiyomizudera is comparatively short on natural bounty, but is long on views. These three stops should ideally be visited on separate days to avoid temple/shrine blur, but if you’re up for it, there’s are plenty more temples and shrines to squeeze in.

For those looking to get away from the crowds, we have a couple insider tips for you. Kurama-dera (temple) is at the north edge of the city and climbs up a gorgeous mountainside. There’s a cable car to ease the pain, and a nearby hot springs facility to soothe what pain may be unavoidable. Our second off-the-beaten-track recommendation would be Ishiyama-dera (temple). Drop dead gorgeous grounds, and if you’re a fan of lush gardens and mountainous areas, this is your heaven. Ishiyama-dera is accessible by train too, which is a bonus.

Districts Not to Miss

What would a trip to Japan be without frolicking through a bamboo grove? If this is your sentiment, then get thee to Arashiyama post haste. This district on the western outskirts of the city features more than just bamboo. There’s a beautiful riverscape, and also Tenryu-ji, an historic temple with exceptional gardens that are a pleasure in every season. For those interested in walking amidst sometimes angry monkeys, there’s also the Arashiyama Monkey Park. Be aware that the actual park is at the top of the mountain, while the admission fee is collected at the bottom. In summer it can be a bit of a slog.

Back in central Kyoto, you’ll almost certainly want to allot time for some urban exploration and food markets sensation. Kyoto is a much smaller city than Kyoto, but the shopping in the Teramachi area is noteworthy for it’s own reasons. Especially in the backstreets. It is here you’ll find Kyoto crafts both affordable and not. It’s a pleasant and reassuring experience to see traditional goods still being traded in this now relatively modern city.

The Nishiki Market runs perpendicular to the southern end of the Teramachi shopping district. At Nishiki, you’ll find a colorful array of all food Kyoto. There is also a nice selection of standard Japanese foods too. Many of the shops offer a small place to enjoy your just-purchased goodies, while others focus on take out. It’s a good mix of ready-to-eat and true market stalls.

Is Three Nights enough to Get a Feel for Kyoto at Night?

We’ve certainly covered the days, but this discussion was predicated on a count of nights. So what will you do with three nights in Kyoto, and will it be enough. For night entertainment, three nights is unequivocally enough. Gion Corner puts on a nice, short show featuring geisha arts, and there is also of course some good food to be had in the city. But when it comes to fun in the city, we suggest you spend an evening in Osaka. It’s only about 45 minute away from city center to city center. Plus, Osaka has no historic pretenses and lots more people, which means a much more vibrant, boisterous scene. We also run a super fun night food tour there, while we’re on the topic.

The Gion is definitely worth a stroll day or night, but you’ll have to open your wallet wide (and maybe have a connection of two) to get acquainted with a real geisha. If you’re lucky, you may see one walking along the street though, and there’s no charge there!

Will Three Nights in Kyoto Satisfy You?

At the end of the day, it really depends how interested you are in historical Kyoto Japan versus go-go modern Tokyo Japan. If all you’ve got is seven days on the ground in Japan, four in Tokyo and three in Kyoto certainly seems like a good plan. But be honest with yourself. If you’re really not all that into what Kyoto has to offer, just do it as an action-packed overnighter. No one has the right to judge your itinerary, after all.