How did the Genbaku Dome Survive the Atomic Explosion? 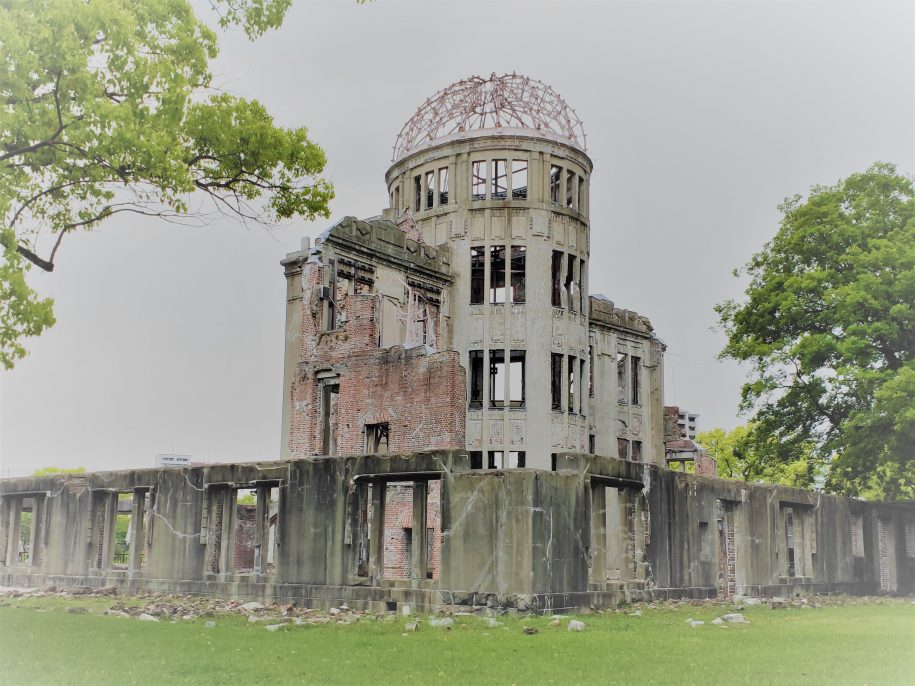 On the 6th of August 1945, a humanitarian event like none other descended on Hiroshima. The nuclear explosion – a uranium bomb, to be precise – killed 80,000 people instantly. Add in the number who ultimately died as a result of the explosion, and the estimated number rises to up to a frightening 200,000 souls, get the Genbaku Dome was left standing.

The bomb exploded not upon impact with the ground, but rather as intended at a point around 200m (around 650 feet) above the city. The corresponding point on the ground is no more than around 100 meters (about 330 feet) from where that still-standing, but very bombed out building still stands today. How did the Genbaku Dome survive?

The “Genbaku Dome” is another name for the Atomic Bomb Dome. It’s also part of the Hiroshima Peace Memorial complex. However, the building was originally the Hiroshima Prefectural Industrial Promotion Hall (広島県産業奨励館). Czech architect Jan Letzel completed the dome in 1915. He naturally used Western design methods and materials, which were quite costly at the time.

In the mid 1940s, at the time of the bombing, most buildings in the area where built of wood. The force of the explosion immediately blew much of this to smithereens. A mere few seconds after that, an all-engulfing firestorm made quick work of what remained. The Genbaku Dome, however, boasted ultra-modern building methods based on steel framing and extensive stonework. The impact immediately blew out the windows and doors, and the colossal forces imposed twisted the metal, but the structure still stood.

The years immediately after the war were predictably grim. It could easily have been generations before the city’s vibrancy could return. As it turns out, Hiroshima’s resilience was to be stronger than imagined. It also helps that the radiation did not linger as strongly or as long as some had feared at the time.

After the devastation of World War II, Hiroshima’s population sank from around 350,000 to around 210,000. Today, that number is a whopping 2.8 million! The headquarters of both Mazda Motors and Daiso are both in greater Hiroshima. The very well respected Hiroshima University is also here.

Surrounded by Modernity, a Monument to Eternal Peace

Should you be fortunate enough to visit the city of Hiroshima, you will surely visit the Peace Memorial area. It is here where the Genbaku Dome and Hiroshima Peace Memorial Museum can be found. The profoundly peaceful park, complete with eternal flame memorial, can also be found here. Allow yourself some time to take it all in.

We should never discount the horrors of the past. Still, life moves forward. Given that the vast majority of Hiroshima’s residents today have no living memory of the disaster, it should not be surprising that many aspects of day to day life here are not all that different from other Japanese cities.

While famous for its “Hiroshima-yaki” cabbage and noodle savory pancake, there is much more discover in Hiroshima’s food scene. The nightlife also makes for a fun stroll. Should you have the time and interest, we’d love to host you on our night tour. However, if you’d rather explore on your own, we suggest you focus on the Hondori area.

Hiroshima’s history is scarred indelibly, and the Genbaku Dome lives on in hobbled form for the benefit of future generations. It is a haunting, must-see for any itinerary covering this part of Japan.