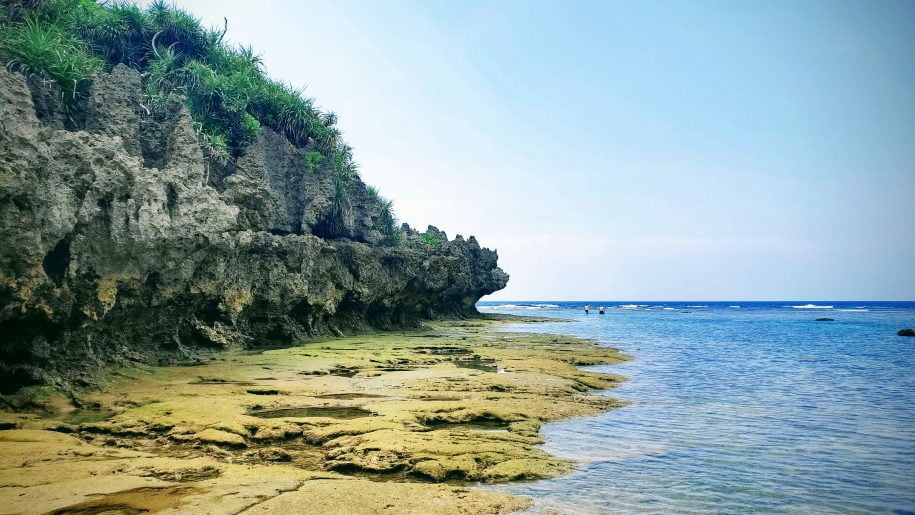 When most think about Japan, frenetic Tokyo, historical Kyoto, or one of the other classic Japanese scenes comes to mind, but how about a tropical paradise? We’re here today to share with you our Top 10 most famous things do in Okinawa, with an emphasis on Naha and the surrounding areas of Okinawa’s main island. While they are all well known, perhaps a couple of items on this list should be more famous than they are!

Okinawa is a series of islands located about two and a half hours’ flight from Tokyo, or around two hours from Osaka (which is itself quite close to Kyoto). Okinawa is actually closer to Taiwan than it is to the rest of Japan, and the culture has more evident streaks of Chinese influence than the rest of Japan too. Culture aside, with a latitude only around five degrees north of Honolulu, Okinawa enjoys a largely tropical and wholly beautiful climate. Here are some of our favorite things to do and see on Okinawa’s main island, where Naha is and most flights arrive.

Allow about an hour to really take in the unfolding beauty of this garden, a testament to and celebration of the relationship between Naha and the city of Fuzhou in China’s Fukien Province. Though the garden is not even thirty years old, the design is timeless and captivating. Strolls bring you through lush flora, along ponds and streams, and by, behind, and even above a regal waterfall. Along the way, enjoy shady seating areas perfect for contemplation or just cool relaxation. Located walking distance from the “Prefectural Office” monorail station, access is super easy too. Not only is this something Okinawa is famous for, but it is something that doesn’t get overly crowded either.

Until the late 19th century, Okinawa was known as the independent Ryukyu Kingdom. Here at “Okimu” (as it is affectionately known), you can learn about that rich past and get a close-up look at many of the artistic pieces and utilitarian objects of days long gone by. Recreations help garner a clear understanding about the fishing, hunting, and other life-preserving activities the native inhabitants used to thrive with. Then, jump into the much more modern on the art side of the museum complex, where you’ll find post-war paintings, other art pieces, and an ever-changing rotation of special exhibits. Incidentally, there’s a large indoor shopping center just next door if you’re looking to beat the heat.

Take classic Japanese food, add in that Chinese influence, then a few shakes of US military inspired culinary craft, and you’ve got that modern food Okinawa is famous for all across Japan. Granted, the Western influence may not be the most high brow (Spam, “taco rice”), but the flavors honestly do all come together beautifully at all levels. The seafood in this blessed archipelago is naturally amazing, but the islands are also highly respected for their well marbled Ishigaki beef and Aguu pork. Local fruits and vegetables (don’t pass up the bitter melon!) add to the cornucopia in colorful and complimentary ways. Ask for an “omakase” (chef’s choice) meal, and enjoy the successive cavalcade of delights. In Japan, it’s not considered to be in poor taste to tell the restaurant your budget, and 4,000 yen/person should do you very nicely. This may not be a “spot”, but it’s definitely a Top 10!

You’ll want a car for this one, but along with the Nakijin Castle site below, this area makes for a worthwhile day or overnight trip. Kouri Island is accessed using a graceful bridge from the main island, and all of Kouri can be driven around ten minutes. Hope you don’t have island fever! That would prevent you from swimming in the gorgeous blue waters, admiring the alternating sandy and rocky shorelines, or going up the Ocean Tower for views far and wide. Plenty of English-friendly cafes and restaurants dot this dot of an island too, so a tasty treat is never far away. A great place to get your relaxation on, but be warned that a scheduled stop of an hour or so could easily grow into something considerably longer!

As easy twenty minute drive from Kouri Island (see above), Nakijin is one of five castle ruins sites on Okinawa’s main island, but a much grander experience than most “ruins” attractions provide you with in Japan. There’s more than one reason why this is one of the most famous sights in Okinawa. The imposing former castle walls speak of great power and technological prowess, and the open spaces in between create an immersive, genuine sense of place. As an added bonus, the views get better and better as you advance up the gentle slope on which this former castle inhabits. A well written English brochure, along with strategically scattered information placards, makes it easy to enrich your experience beyond mere visuals. Make sure you go far enough back to hear and see the rushing waters of the ravine below. If the whole scene wasn’t so lush and beautiful, it could almost be haunting.

Also in the more northern reaches above Naha, just outside the city of Nago, is Neo Park Okinawa. Ostensibly, this is a zoo, but the experience unfolds quite different than usual. First of all, most on the animals are wandering around large, enclosed zones within the park, and you too can walk among them. But it’s not just that – it’s that there are often so many of them! It’s almost like a zoo where the breeding was just left to happen naturally and populations grew and grew. Not that conditions are crowded by any means. It’s just a really nice experience, great for both kids and adults. There’s even a little train that runs through the place.

Let’s be honest: This is not something that most Okinawa locals probably want to be in a Top 10 list of things Okinawa is famous for. Most of Naha seems pretty modern, but one little pocket of restaurants and bars seems to have been forgotten. Lucky you! Sakae-machi is conveniently located immediately easy of Naha Monorail’s Asato Station. It’s partially an old style food market, but at night, the warren of narrow streets colorfully (more in the people sense than the flowers sense) opens up for food and drinks. Lots of tiny restaurants to choose from, so why not go to a few? It’s perfectly fine to just have a small dish or two at each one. Honestly, if you like old town settings, the vibe in this district just can’t be beat! The food’s not so bad either! There is nowhere else in Okinawa even nearly like Sakae-machi, where friendly locals and affordable grub-n-grog come together for a great night out.

Well positioned for a stopover between between northern island sights and the city of Naha is Southeast Botanical Gardens. Unlike some other botanical gardens, here you will find expansive (and very green) open spaces between the various flora and fauna installations. Yes, animals, and you can feed and pet some of them too, which makes this a sure-fire winner for young kids and those still likewise at heart. It being Okinawa, of course there are a plethora or palm trees, but this being Okinawa, there can also be unbridled growth of just about any type of vegetation! The (included) tram ride allows you to hop and hop off at will, and also saves you from getting too hot and sweaty. Best to avoid midday visits on hot summer days.

9. Kokusai-dori: A Top 3 Famous Okinawa Spot for Most

We have mixed feelings about Kokusai-dori. In central Naha, it is most certainly ground zero for all things touristy in shops and restaurants, and probably one of things Okinawa is most famous for. Sometimes touristy can be fun in ways unintentional, such as people watching, and of course the touristic themes are, at least loosely, connected to the essence of Okinawa. At any rate, you can’t come to Naha and not see Kokusai-dori. Just don’t feel overly obligated to spend too much time here. There’s better eating and shopping in the more slightly off the beaten path locales.

It’s going to be a little on the kitschy side, so you should just embrace that from the outset. Think of it as an acid trip (get it? pineapple is acidic!), or a Disney ride gone awry. Pineapple has played a major role in Okinawa’s economy, and this amusement park/gift shop of a destination celebrates the pineapple in style! Very fun for kids too, what with dancing pineapples and other larger-than-life pineapple imagery. If you get the chance (and you will), do be sure to try honest Okinawa pineapple. Unlike most pineapple you find in less tropical markets, Okinawa pineapple is picked ripe, not sprayed to ripening agent while being transported by boat. The well rounded, almost honey-like sweetness can be a life changing experience!

Naha – that other Japan you now know so well!

We hope this has been an educational, fun, and breezy read covering the top ten spot Okinawa is famous for on the main island. Okinawa’s really got something for everyone, and multiple things for most people. Beaches and amazing scenery are some of the more readily apparent high points, but don’t discount the fascinating cultural melange, uniquely delicious food, or quirky dancing pineapples. And the best news of all is that if you get sick of doing things, Okinawa’s a super easy place to just do nothing. For doing things in all parts of Japan, do be sure to consider Pinpoint Traveler in your plans! Checking out Kyoto with us will show you a very different capital city from Naha.